9 Ways To Create Drones That Make Your Music More Awesome

I am a huge fan of efficient ways to convey feelings with sounds and one of the easiest and most effective ways to do that is by using drones.

What are drones in music?

Drones are long sustained notes that are used through some or all of a piece of music. Just think of someone "droning on" about something, they sound monotonous and just won’t shut up!

So that’s basically a drone, except instead of someone talking it’s usually a musical note or sound. That being said you could well produce a great drone from someone’s boring monologue.

What is a drone bass in music?

A drone bass in music is simply when the root note or tonic is played continuously throughout the piece of music.

The result is that the drone bass grounds the melody and harmony within the track. It also highlights the inherent tension within each note or chord, when played at the same time as the root note.

It is an incredibly effective way to give your music a sense of stability with a dash of anticipation.

What instruments have a drone feature within them?

Instruments that can use drones have the inherent ability to play a drone whilst simultaneously producing other notes.

There are a couple of wind instruments that you can do this with, the most well-known of which is the bagpipe.

Within world music, you will often hear the Sitar producing drones in Indian classical music and also the Didgeridoo producing drones rich with overtones. The effect of the didgeridoo drone is very similar to that of throat whistling; a root note is sounded and the mouth accents the inherent harmonics within that note. It’s very cool.

How do we use drones?

Drones, despite seeming limited, are actually used to great effect in music. They can supply tension, they can imply a mood, and they can give the melody a sense of grounding.

In essence, the drone is a very quick and easy way to give your music a sense of mood or emotion with very little “musical” material. It’s an easy win really.

In film scores drones are used to great effect to give the viewer a hint at the mood of the scene.

You’ve all seen a horror film when the seemingly innocent child wanders into a dark corridor right? You know the scene.

The child sees a door open and begins to walk toward it. At that point in the film score, we hear a low drone. That drone is telling us that we should feel scared – it’s super-ominous.

Although this is also used extensively in film scoring it is often used in commercial music.

Because of the common use of drones in world and film music, they are often used to give an “otherworldly” flavor to the music.

In trailer music we use drones much the same way that they are used in film scoring; to evoke a mood quickly and easily.

I used to play the violin and one of my favorite warm-ups was to play a 20-minute sitar drone and explore the intervals of certain scales (fun for my housemates).

These drones are your standard root note drones; they are usually accompanied by the fifth note of the scale which gives them even more stability.

Drones to mimic the sound of tinnitus

In recent years you may have noticed the use of drones to mimic that high-pitched ringing in your ears that people who suffer from tinnitus experience.

I absolutely love the way this drone is used as it isn’t just a ringing in your ears. It is usually used to represent the character losing their sh*t. The character is out of control and “sees red”. That’s what that sound has come to feel like; an overwhelming emotion that overshadows all other thoughts and feelings.

How can you make a drone?

I know what you’re thinking, “a continuous note…surely anyone can make that!?”

And you are right – anyone can make a drone by humming the same note.

There are however more ways to skin a cat, I mean, make a drone.

1. Record yourself playing one

This is the most obvious one and I will admit it does seem very obvious BUT not everyone has access to an instrument. So that’s when you employ your voice.

The wonderful thing about recording your own drones is that no one else will have that sound. It is a unique recording that you can then manipulate to your heart's desire.

My go-to is my cello or my voice or both. I love the fact that I can record these drones played by me because they are so badly played.

The notes are wobbly, slightly out of tune, and inconsistent. This is the beauty of DIY.

Say you don’t feel like recording your voice and you don’t have an instrument to play.

Have no fear as you are surrounded by drones all day long, you just haven’t realized it yet.

Simply step into your kitchen or utility room where you store your fridge, freezer, dishwasher, and or washing machine and listen…

There you have it, a found sound drone.

I used to grab a rubbish little stereo mic and put it as close to the fridge as possible and record a minute of it.

I would then take that audio and mess it up in Logic to create weird and wonderful drones. Simples.

For those synth nerds in the audience, this is for you.

Load up your favorite synths and start to generate a sound and then shape it to your heart's content.

You can also find online sound generators that will sit out any sound you want.

I used to use a sine wave generator to emit sine waves that were very very closely pitched. They would then create “beats” that would sound amazing.

You can always use something cool and creative like Aura, an atmospheric drone builder (affiliate link)

This is the endgame for any drone music aficionados. Load up one sound in your DAW then fill that channel with a tonne of effects (making sure to have long reverbs and delays) et voila – you have your effect-rich drone.

This can be incredibly effective especially when you start to utilize your automation on all the effects. 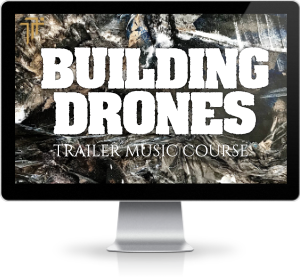 Learn how to create licensable tracks using just drones that you can pitch for trailers, promos, and TV usage. I also show you how I created the drones that got used on multiple movie trailers.

I want this course!

Automation is simply when you program your DAW to automatically do something. You can automate pretty much anything; volume, pitch, reverb, compression, and everything in between.

For this purpose, you will start with volume automation. And explore from there.

Why bother with automation?

Because it gives your drone a life of its own. When done well you can make a drone into an entire piece of music quite successfully.

I was introduced to clusters by the music of Ligeti (2001 anyone?)

These are simply 2 or more notes played simultaneously that are closely related in pitch. So if you were in Dm you could play D, E, and F all together to produce a cluster.

The effect is tension and more tension. The closer the notes are in pitch, (and you can go microtonal) then the tenser it feels.

If you mix clusters with automation then the effect can feel like the musical equivalent of Little Bo Peep striding happily across a beautiful field only to discover all of her sheep slaughtered. Dark indeed.

It is putting your sound into its own physical space.

Then automate those parameters in your reverb to make your drone feel like it is moving around the space.

You can even use specific types of reverbs that would bring even more life to your drones like Eventide’s Blackhole for example. This will create the effect of your reverb moving as if gravity is changing! Pretty cool huh?

Let’s say you have utilized automation but still want to make your drone feel like it is growing more and more.

That’s when you can start to use octaves. By growing your drone using octaves, you keep the essence of the drone but give it a larger sense of scale and growth.

The most common way to do this is to start high and then gradually add lower octaves or vice versa.

I have already covered this but I want to introduce you to the idea of putting your found sound into an effect called Paul Stretch. This effect stretches your sound to the point of it being unrecognizable.

This is one of those plugins that the whole music production community is incredibly lucky to have and very grateful to use for free.

Paulstretch stretches audio files. You may be thinking "is that all?" but the thing about this amazing plugin is that it doesn’t just stretch them it makes them sound AMAZING.

If you have ever worked with any other pitch/tempo-changing plugins that stretch sounds you will know that if you stretch them too much then you start to get weird artifacts. These artifacts make the sound sound overly processed and really digital.

One great reason for using this plugin is for example if your found sound is not already a drone.

Maybe your original sound is the background noise of a cafe. Chuck it into PaulXstretch and boom, you have a drone.

Drones are so unbelievably popular they have their own musical genre. Not surprisingly called ‘Drone music’.

I strongly recommend you listen to some drone music so that you can hear the real power of drones and how interesting they really can become when treated with love and attention.

This is the same with trailer music. I have produced 4 albums of drone music and several tracks from each of these albums have been used loads in movie trailers and to great effect.

You can check out my favorite trailer using one of my drones which will give you a good idea of how effective they really can be.

If you’ve made it this far then you really are interested in drones and should definitely check out my Cinematic Drones course, which shows you not only how to create great drones but also to turn them into entire pieces of music that you can then pitch for use for movie trailers, TV shows, and ads.

Disclosure: Some of the links in this post are “affiliate links.” This means if you click on the link and purchase the item, I will receive an affiliate commission 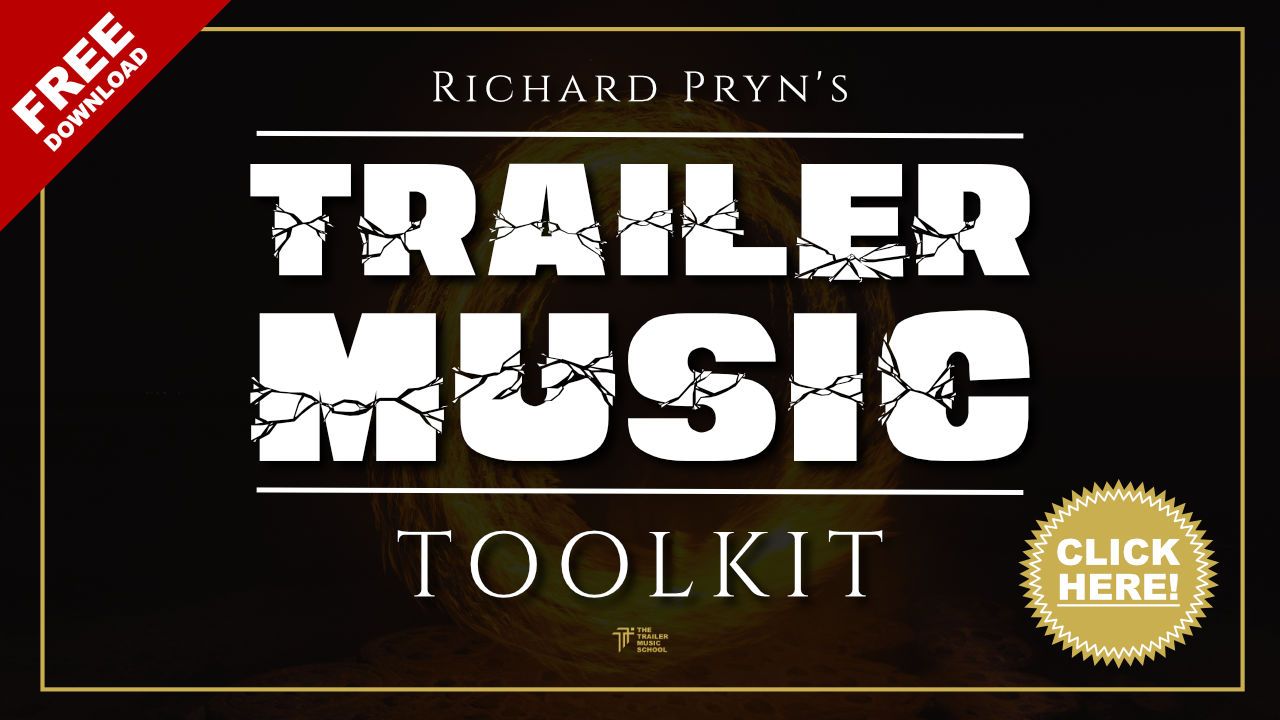 Get my FREE Trailer Music Toolkit

It contains all the One-shots you need to sketch a complete track, and the hugely popular Perfect Trailer Music Cue Blueprint PDF.

Get Your FREE Toolkit
The link has been copied!
Newer post 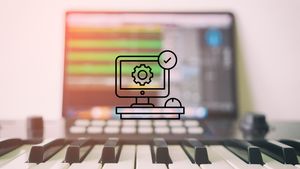 What Does DAW Stand For?

What's The Difference Between Parametric And Graphic Eq? 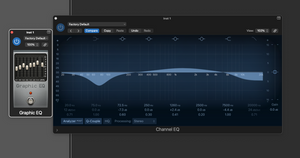 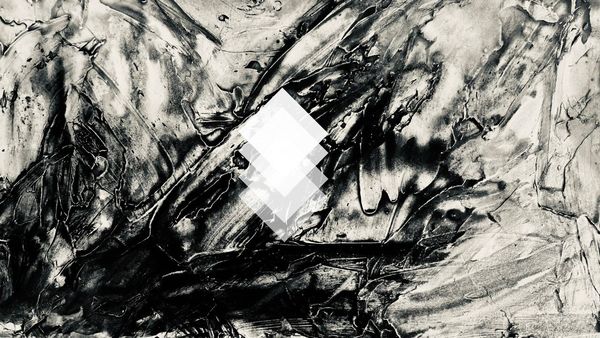 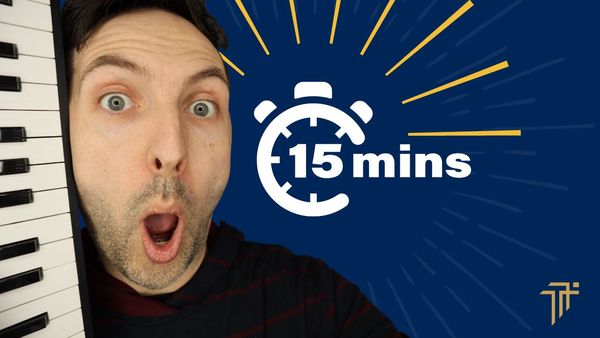 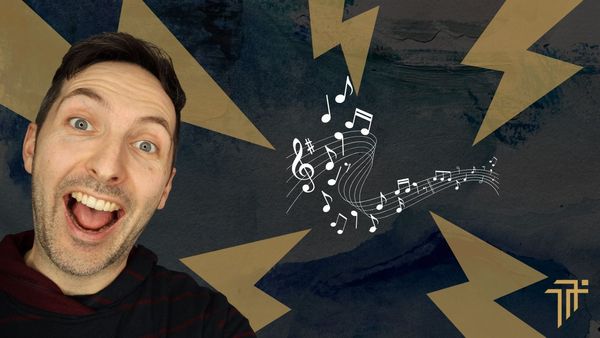 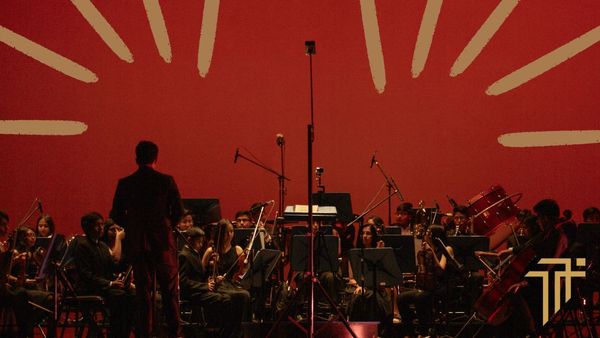 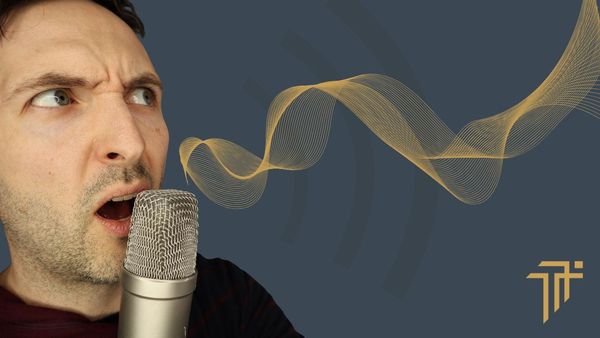