Pedals aren’t always as straightforward as they seem; not only can things turn into a quick mess but they are not exactly easy on the budget, either.

If you’re looking to understand the difference between fuzz and distortion, then you’ve come to the right place.

In this guide, we’ll cover everything you need to know about these two pedals, and, ultimately, which one is best for different styles of music.

Let’s get straight into it.

In terms of pedals, many modern bands love to use them. Some bands such as TOOL and YOB, simply won’t be able to achieve their unique sounds without the help of pedals.

On the other hand, more forthright bands such as Metallic, Lamb of God, and Deftones also make the most of pedals, although in different ways.

The pedal is a simple yet essential technique up any guitarist’s sleeve. However, if you’re a beginner, the world of guitar pedals can quickly become overwhelming and slightly confusing.

When it comes to the pedal, there are a myriad of different options to choose from, including chorus pedals, octave pedals, reverbs, and flangers.

Although, two of the most popular pedals are the notable fuzz pedal and distortion pedal. Essentially, both these pedals feature distortion capabilities, however, they are slightly different.

The best one for you depends on the style of music you are creating.

Similar to most things when it comes to guitar, it typically boils down to tone. Ask yourself questions such as: what is your guitar sound goal? What do you want to achieve with a pedal?

If you’re looking to produce heavy music, then you’re going to need a fuzz or distortion pedal – although, which one should you go for? In the next section, we’ll find out!

Firstly, the similarities between these two pedals are that they can both be utilised in heavy music – for instance, punk, doom, and metal – and rock music. However, this is where the similarities end.

The major difference between them is how they sound and this will directly affect the music you produce from your guitar.

For one, compared to a simple overdrive pedal, a distortion pedal is much more aggressive. They augment a signal entirely, generating copious amounts of aggressive-sounding noises.

The sustain is massively boosted here, too.

As a result, you will commonly see these used in metal bands such as Slipknot, Tool, Pantera, and many other bands that produce a heavy sound.

On the other hand, when looking at a fuzz pedal, you’ll still receive similar elements – such as an augmented signal to produce a darker and heavier sound – although, everything else is much more saturated.

The outcome is as if the signal is composed of something fuzzy, organic, and warm.

In technical terms, square-wave clipped is utilised by fuzz pedals whereby something new is created by a compressed distortion.

When heavily saturated, you’ll receive that classic fuzz tone with tons of buckets of sustain and low ends.

These fuzz pedals are generally used by sludge and doom bands. However, they can also be found used in many rock bands – for instance, QOTSA, Sonic Youth, and Smashing Pumpkins.

Many of the popular sludge, doom, and stoner bands achieve their punishing, heavy sounds by combining low-tunings (typically C or B Standard), great-sounding guitar, solid amps, and, of course, fuzz pedals.

Now that we have looked at pedals, you may be wondering what about guitar amp simulators found on the PC, such as STL AmpHub or BIAS FX 2?

Once again, all the previously mentioned rules regarding pedals apply. Although, here, we will be looking at distortion and fuzz as a digital effect. One that is only applied once your guitar is connected to your computer.

Fuzz Vs. Distortion – What’s The Difference?

If you’re looking for a sound that is extremely heavy yet clear, then distortion would be the better option.

Essentially, the audio signal is altered – or clipped – when utilising distortion. This creates a more aggressive, rough sound.

As opposed to a clean signal, it produces more sustain and harmonic saturation. Fuzz is comparable to this but with more clipping to create that unique fuzziness.

Fuzz pedals were initially designed with the purpose of creating a sound that was unlike anything produced by an amp naturally through overdrive.

This was achieved by fuzz pedals through square-wave clipping which essentially delivers a fatter, fuzzier, and warmed sound by compressing the distorted signal. Hence, the term ‘fuzz’.

However, when using fuzz pedals and effects you won’t achieve maximum clarity; therefore, if you’re looking to play live and hear small details in your recordings, then distortion would be the better solution.

Moreover, both distortion and fuzz effects can be augmented to suit your desires, whether you tone down or dial up the effects.

Most of the notable guitar tones – such as Adam Jones’ or Mile Scheidts’ – are the results of many years of testing, trial and error, and experience with amps, guitars, hardware, and multiple potential settings. This in itself can be viewed as an art form.

For those without access to a myriad of hardware, if you’re looking to develop different sounds, whether this is through an amp simulator or pedals, then the most important thing to remember is to experiment.

Although, a good place to start is by having a rough idea of what tone you want to produce in your head, first.

Therefore, if you’re looking to play low-tuned, slow doom metal – for instance, similar to Electric Wizard – then you’ll want to experiment with fuzz pedals and/or effects.

Fundamentally, fuzz encompasses the sound of doom metal. It could be considered as integral to the sound itself as the guitar you’re playing on.

However, one thing to remember with fuzz is that it isn’t ideal for fast playing. Hence why it is more popular in sludge, doom, and stoner, it produces a subtle, slow sound.

When To Use Distortion?

Typically, most metal music, or a large amount of them, are fast-paced. For instance, Lamb of God, Mastodon, and Metallica all play fast music – requiring distortion, not fuzz.

Therefore, if you want to produce a heavy sound while playing fast, then you should use distortion to achieve this.

With this pedal, you’ll achieve a massively heavy tone of your guitar; however, the clarity isn’t lost during the mids and highs, which is sometimes the case for fuzz.

For this reason, many metal bands such as TRIVIUM, Slipknot, Mastodon, Metallica, and other fast-based bands choose to use distortion rather than fuzz pedals.

When To Use Fuzz?

For doom or slow metal bands, then choosing to use fuzz would be a great option.

Tune your guitar to either Drop B and Drop A or even Drop D or Drop C for a unique, quintessential doom-sounding metal effect.

While it sounds big, it will also sound fuzzy, and your slow riffs will sound as if a mountain is crashing down on itself. 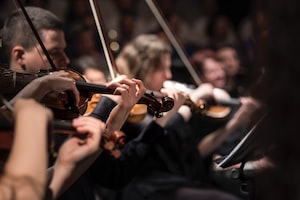 What Is A Music Ensemble? - All You Need To Know 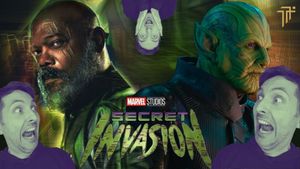 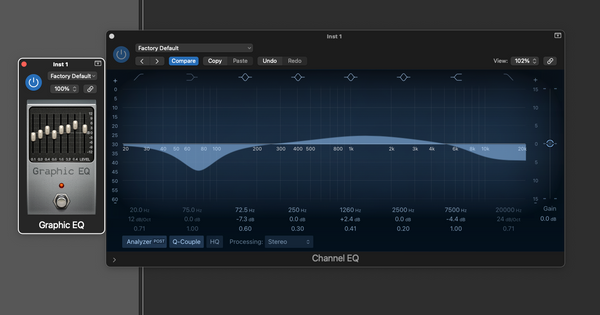 What's The Difference Between Parametric And Graphic Eq?

Phaser Vs Flanger - What's The Difference? 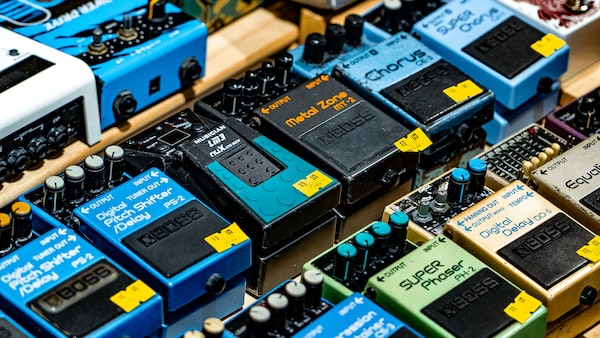 Distortion Vs. Overdrive- Which One Is Best? 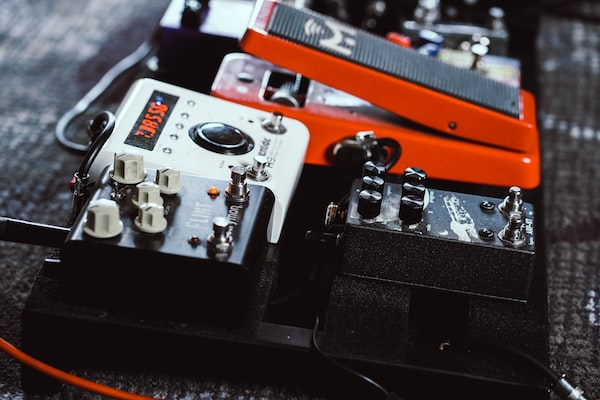 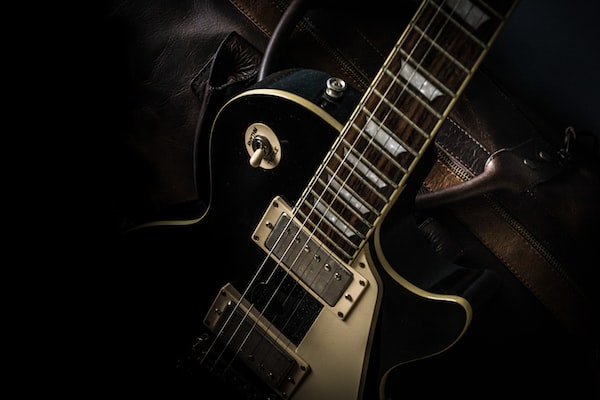 Can You Plug Headphones Into A Guitar